Having previously participated in 2014, this year saw Alison complete Ride the North for the second time. During the 2014 cycle, Alison suffered a bad fall which resulted in a concussion, fractured knee and some bad cuts, despite this, Alison still finished the event before seeking medical help. Thankfully this year Alison completed the cycle accident free, it was also the second time she took part in aid of Maggie’s.

The first day of cycling commenced around 9.30am, starting from Ryhnie and finishing in Culloden, just to the east of Inverness. The route took cyclists through the foothills of the Cairngorms via Dufftown, Glenlivet, Tomintoul and Grantown. The climbs were very challenging with the highest gradient being 16.7%. 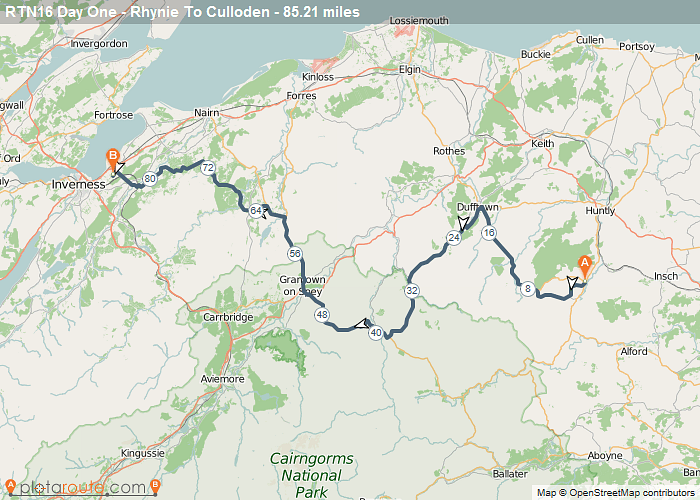 The second day of cycling started in Culloden and finished back in Rhynie, taking a different route as the previous day, going via Brodie, Elgin, Fochabers, finishing with the climb over The Cabrach before the descent back into Rhynie. Although the second day of cycling was less demanding in terms of climbs, with the highest gradient only being 14.4%, the weather was very stormy and made cycling conditions very difficult.

Alison Sellar, CEO of activpayroll, comments: “I was slightly apprehensive about taking part in Ride the North again after my fall in 2014, thankfully this year was a lot less traumatic. I don’t think it matters how much training you do, nothing can fully prepare you for what it’ll be like on the day. The weather conditions on the Sunday made cycling near impossible, I just had to keep bearing in mind why I was doing it. The organisation of Ride the North could not be faulted, there were plenty of facilities and refreshments throughout both days and the community spirit in each town we cycled through was very encouraging and motivating.”

So far, the #activAlison campaign has raised £14,492 for four different charities. Alison is hoping to smash her £20,000 target by the end of the year when she takes part in her final challenge, the Woman V Cancer Vietnam to Cambodia cycle, a 450km ride through South East Asia.